In the United States, preemption is a legal doctrine that allows upper levels of government to restrict or even prevent a lower-level government from self-regulating. While it is often thought of in the context of the federal government preventing state regulation, preemption is increasingly used as a tool by states to limit cities, counties, and other lower-level municipalities from legislating across a broad array of issues. 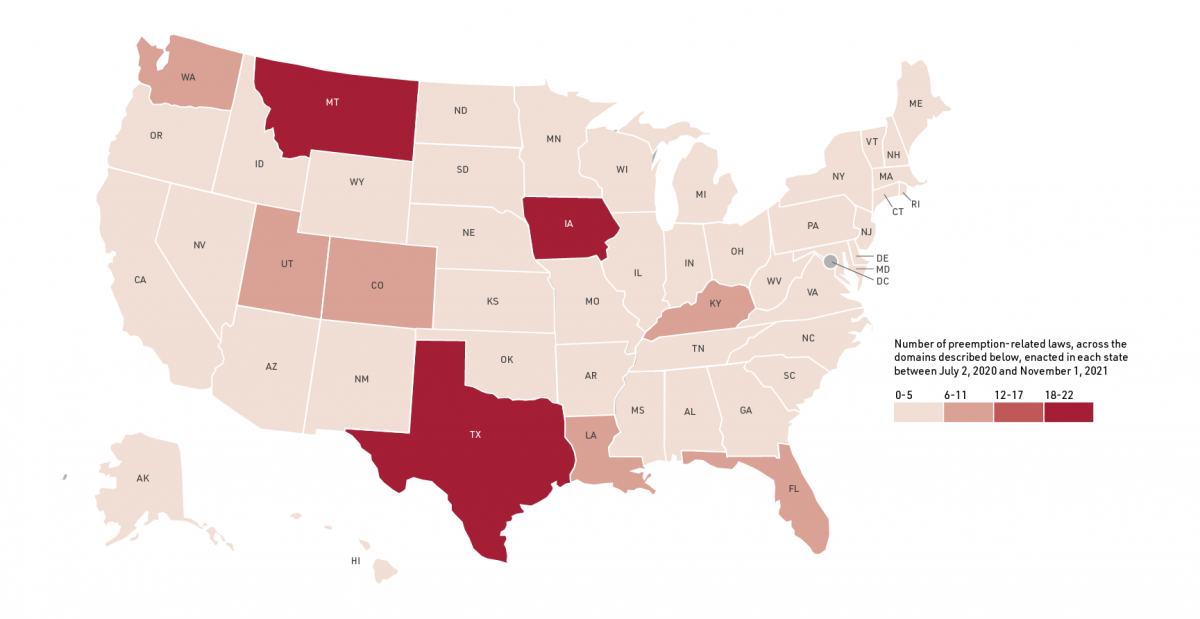 This project was created in collaboration with the National League of Cities and made possible by support from the Robert Wood Johnson Foundation.

Read the full analysis in the Summary Report.