Across the US, states are increasingly using preemption to stymie local advancement of public health policy strategies, according to updated data released today to LawAtlas.org by the Center for Public Health Law Research and the National League of Cities with support from the Robert Wood Johnson Foundation.

The updated data capture state preemption of local policies in 12 domains, with the most extensive reach of preemption occurring in laws related to firearms (46 states), property tax rate limits (37 states) and levy limits (36 states), rent control (31 states), and paid leave (23 states). Hawaii is the only state without preemption in any of the 12 domains. 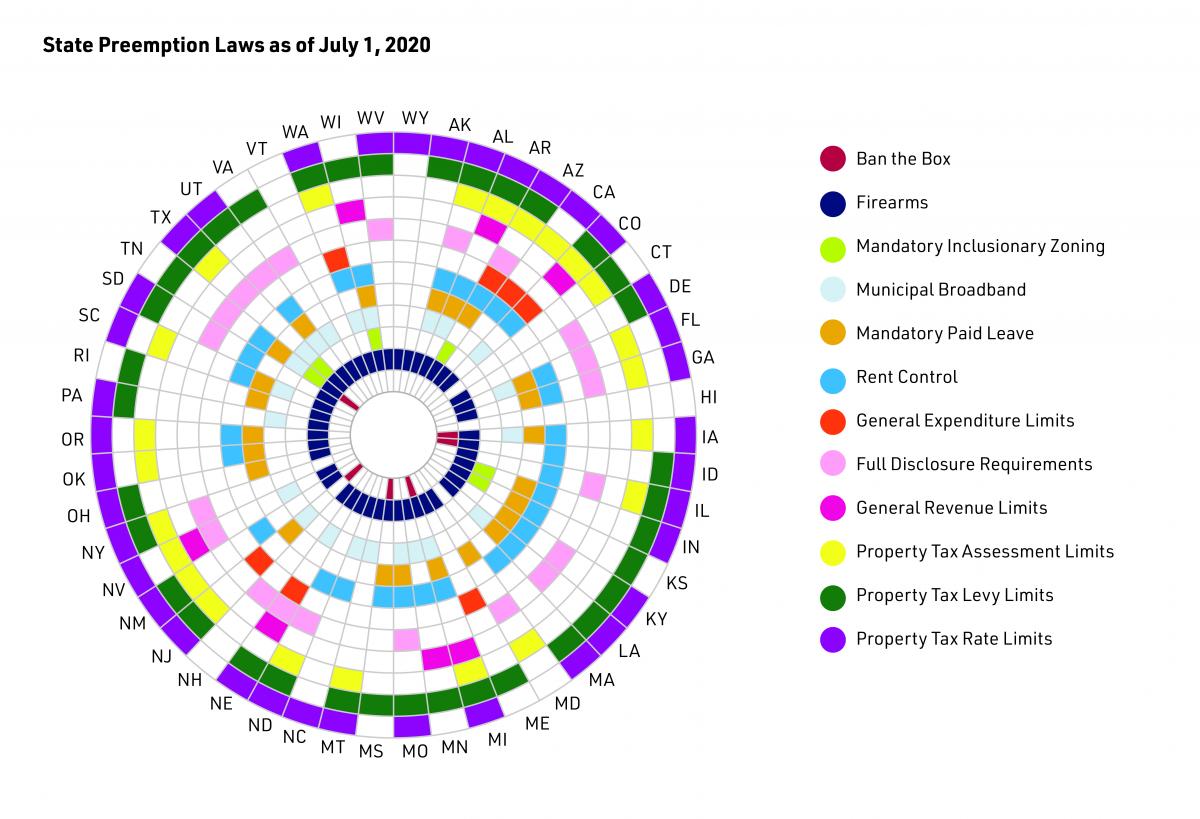 “Cities and other local governments are attuned to the needs of their communities in ways upper levels are sometimes not,” said Brooks Rainwater, Senior Executive of the Center for City Solutions, National League of Cities. “These data are showing us that many states — particularly in some domains, like gun laws and paid leave laws — are actively preventing local governments from instating policies that are evidence-based and potentially impactful for communities’ health.”

Preemption across these critical policy areas can exacerbate the already devastating health effects of the COVID-19 pandemic. State preemption of local government can limit access to care, affordable housing, or employment protections in the event a worker or their family member becomes ill:

The updated data capture key features of state-level preemption laws in 50 states, from August 1, 2019 to July 1, 2020. The data capture both express preemption contained in constitutional provisions and statutes, and implied preemption identified in case law and attorneys general opinions.

“These updated data give us a much more complete view of the landscape impacting local policymaking,” said Alexandra Hess, JD, Law and Policy Analyst at the Center for Public Health Law Research Policy Surveillance Program. “Preemption is increasingly wielded by state governments to limit impactful legislation at the local level, and these data give us the opportunity to understand more fully what that impact is.” 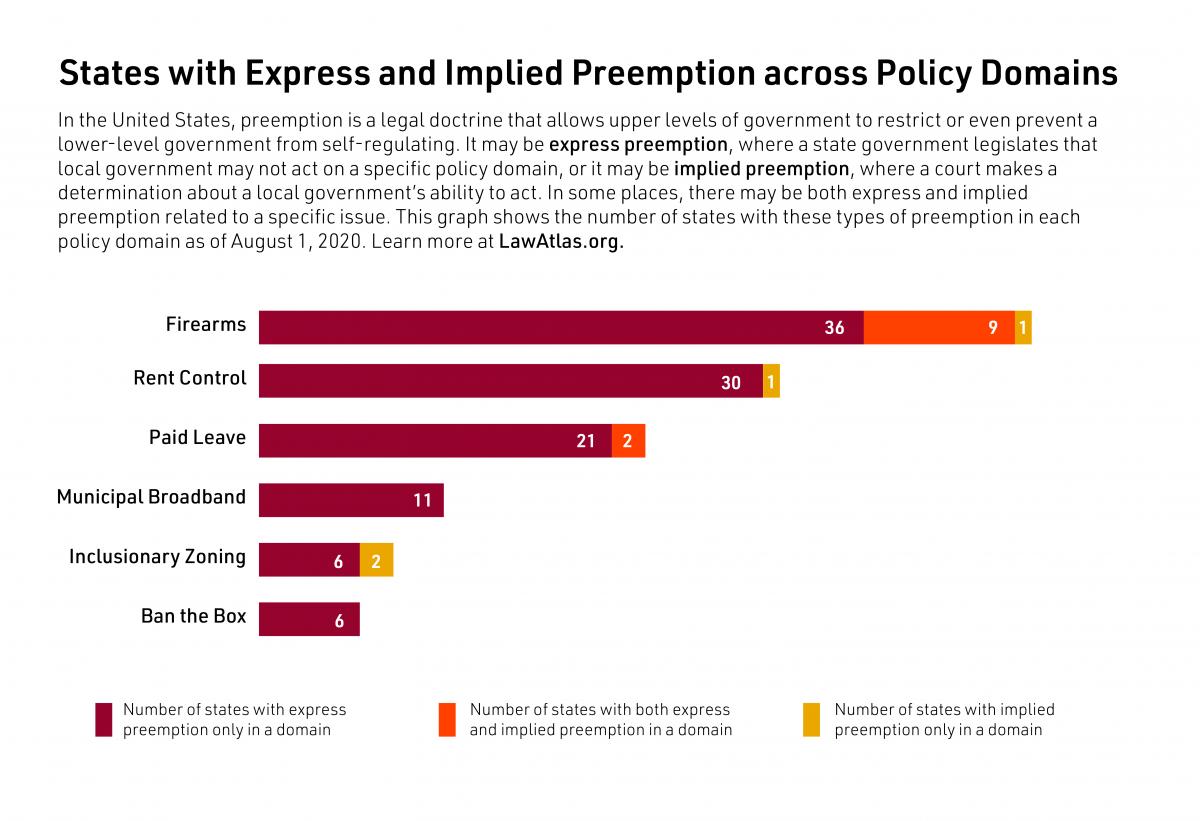