There are now 19 states with laws limiting governors’ or state health officials’ authority during the COVID-19 pandemic or other emergencies, according to newly updated data published today on LawAtlas.org. This is an increase from 11 states in June 2021.

Legislators in 48 jurisdictions — all but Iowa, South Dakota, and the District of Columbia — have introduced bills in 2021 to limit state executive authority in a public health emergency. Between January 1, 2021 and November 5, 2021, one or more of these bills were enacted into law and became effective in 19 states, according to the data released today. 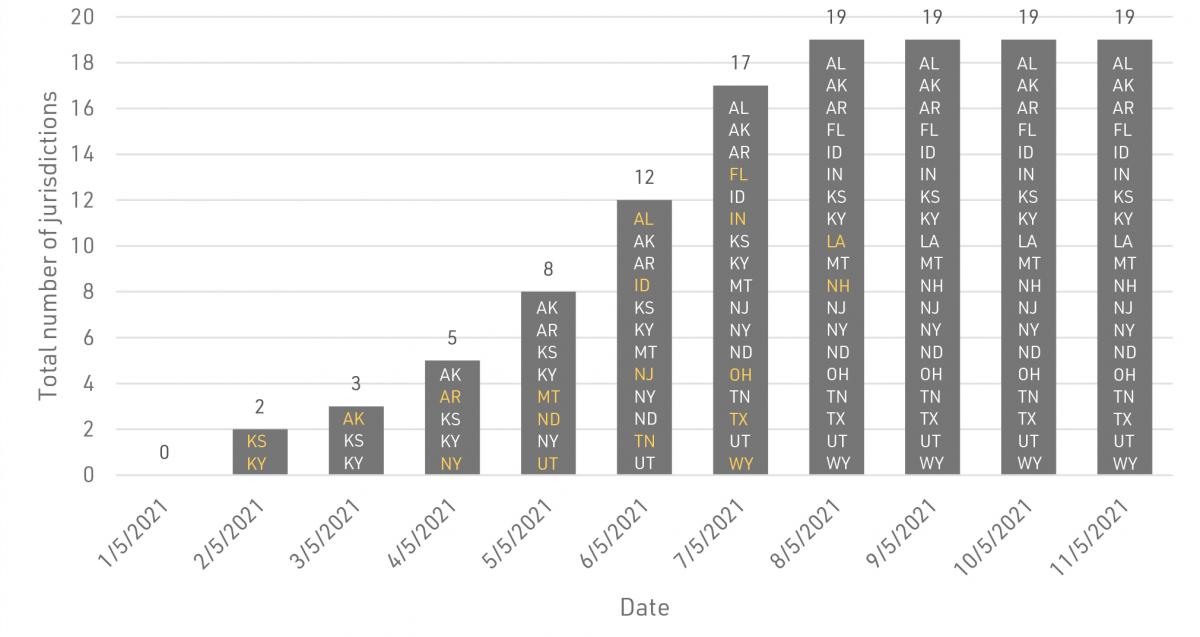 States have taken a variety of approaches to curbing public health authority. As of November 5, 2021:

Notably, Kansas was the first state in 2021 to pass a law limiting public health emergency orders. Kansas continues to be the only state to allow counties to issue a local order that is less stringent than a governor’s order. The Kansas law also provides that such a local order will operate in the county in lieu of the governor’s executive order.